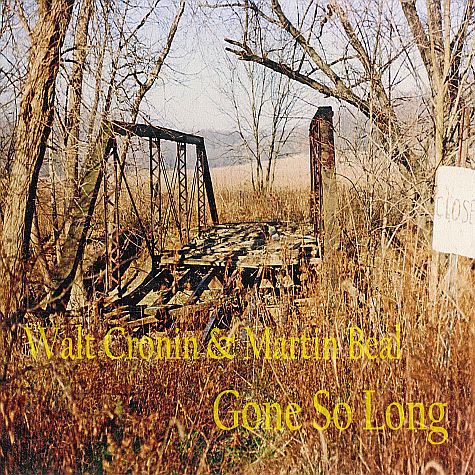 Walt Cronin & Martin Beal - Gone So Long
In an era where besting your earlier releases is rare, Walt Cronin just keeps getting better and better. He still has that plain voice that reminds you of a smoother Kris Kristofferson, but his songwriting continues to improve. Joined by Martin Beal on this album, the production is solid, the melodies are wonderful and the the lyrics ring true. This is the best Walt Cronin CD yet and highly recommended if you love Americana/Folk. You can find him on Facebook.